It was in 1783 that Joseph Jones (a U.S. Virginia delegate to the Second Continental Congress) coined the phrase, "oil and water do not mix." While he was not speaking about crude oil, the fact remains that oil and water do not mix and if they collide the effect on our environment, society and economy has devastating results.

As demand continues to increase worldwide for crude oil, consequently, there has been a significant increase in oil spills. The hazardous effect of a spill varies based on the type of oil, weather and sea conditions. Authorities have been asked to develop a disaster recovery system to minimize damage caused and reduce the amount of time for the ecosystem to recover.

Over the latest decades, oil marine pollution has posed a vital threat for global ocean health, since spillages of any scale are related to environmental, social and financial impacts. The worldwide increase in oil and gas demand, and the parallel rise in oil and gas production, exploiting particularly coastal and offshore marine deposits, have significantly increased the risk of accidental oil release to the sea.

As an example, the following two oil spills occurred during 2021 — one in the Mediterranean off the coast of Israel resulted in 12,000 tons of washed-up tar along a 160km range of coastline. The other involved an estimated 126,000 gallons off the south coast of California. Approximately 13 square miles of the Pacific Ocean was engulfed with dead fish, birds drenched in petroleum and wetlands became heavily contaminated.

A recent study conducted by the EU-funded Iliad project applied a sophisticated operational oil spill model to test the oil dispersive properties and to reveal the relative magnitude of weathering processes, after an accidental oil spill release along the main tanker transportation route in the North Aegean Sea. Currently, the simulation refers to a theoretical scenario, which however has high probabilities to become true.

The article, titled “Operational Modeling of North Aegean Oil Spills Forced by Real-Time Met-Ocean Forecasts” by Panagiota Keramea, Nikolaos Kokkos, Georgios D. Gikas and Georgios Sylaios, all of Iliad partner, the Democritus University of Thrace (DUTH), appeared in the most recent volume of The Journal of Marine Science and Engineering.

In order to effectively analyse the results of an oil spill, the team has conducted a simulated oil spill. A main tanker transportation route in the North Aegean Sea was chosen. Each oil particle was tracked and recorded with exceptional accuracy using OpenOil's transport and fate numerical model, forced by hydrodynamic, wave and meteorological forecasts. This model integrates algorithms with several physical processes, such as oil entrainment, vertical mixing, oil resurfacing and oil emulsification.

Fascinatingly OpenOil's database has the ability to measure properties of almost 1000 oil types. Their algorithms determine the extent of hazardous effects of oil spills based on:

Present simulation results focused on the impact of background flow field turbulence, on the horizontal spreading of particles, as well as on the evolution of oil mass balance and oil mass properties, aiding the authorities to predict the shape of the oil spill along its pathway. This is an accurate, cost-effective method to plan the response to combat oil toxicity, the ecosystem habitat, economic sectors affected, resources and facilities required, and a realistic timeline for clean-up operations. Regulatory constraints affecting the time trajectory of the volume and the area involved for a real-case oil release also need to be considered. 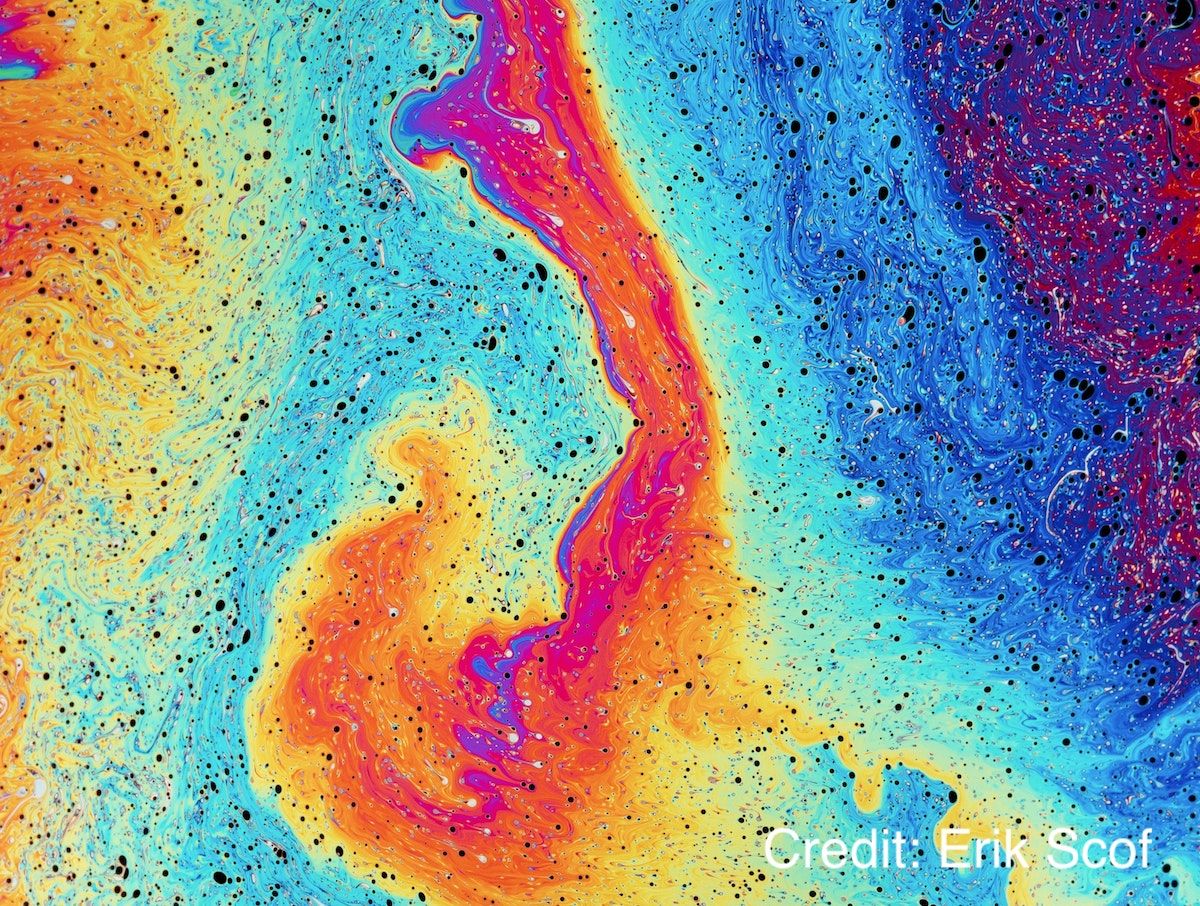 Oil spill transport in North Aegean Sea after a five-day simulation experiment. The blue dots are their positions at the end of the simulation and grey lines are their trajectories over time. Red dots represent elements that have been stranded. The red dashed line represents the main tanker route in the area.

The analysis of this simulation was closely monitored and analysed. The results are equally fascinating and disturbing.

The five-day simulation recorded surface currents, wind speed, wind shear stress and dispersion of the oil particles. Seventy percent of the oil appeared in the sea area, 20% beached along the coastline and 10% spread to the east of the area. Oil weathering processes, such as evaporation, dispersion and biodegradation varied. The largest percentage of oil mass remained at sea surface and a relatively small amount (less than 10% biodegraded).

The simulation scenario indicated that the largest percentage of the oil mass remained at the sea surface (60%) at the beginning of the simulation and about 40% at the end. At the same time, a large percentage evaporated from the first hours (40%), while a small percentage adhered to the shores (20%), biodegraded (8%) and dispersed (5%) by the end of the simulation.

One can conclude that while "oil and water do not mix," based on the results of the complex formulas and algorithms used in the above-mentioned simulation model, it is imperative that customized contingency plans be developed and implemented.

The Iliad consortium, which includes 56 international partners, will develop virtual representations of the sea that will integrate and extend existing EU earth observing, modelling digital infrastructures and computing facilities

The Earth's oceans are vast and cover more than 70% of its surface. Scientists have been studying, monitoring and modelling the oceans for many decades to further our understanding. In todays, data rich world, creating a digital representation of the ocean is becoming a reality.